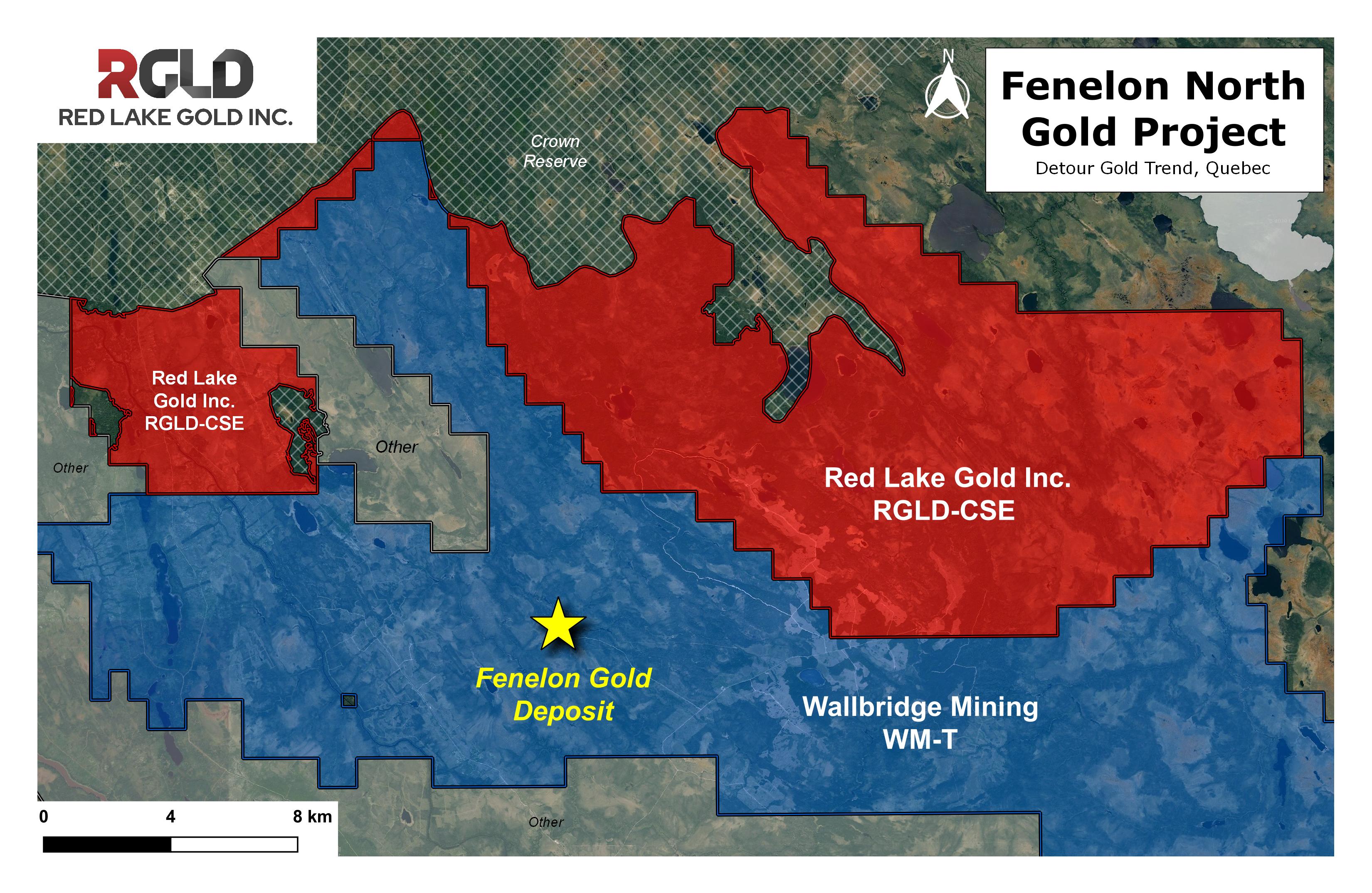 The Fenelon North Gold Project is situated within the core of the emerging Fenelon gold district. Red Lake Gold's project shares a contiguous property border with that of Wallbridge Mining, who has discovered the Fenelon gold deposit on the adjacent project.

Recent exploration success in the area has led to an expansion of geological environments in which gold has been found to be hosted, including within the Jeremie Pluton (see recent news releases and public disclosures by Wallbridge Mining and Great Thunder Gold). A significant portion of the Jeremie Pluton is covered by Red Lake Gold's Fenelon North Gold Project.

Red Lake Gold positioned into the Fenelon discovery camp in early 2020 and has since acquired project holdings that correspond to 515 mining claims covering approximately 25,931 ha (64,052 acres) of exploration rights.

A map of regional geology associated with the Fenelon North Gold Project can be found here.